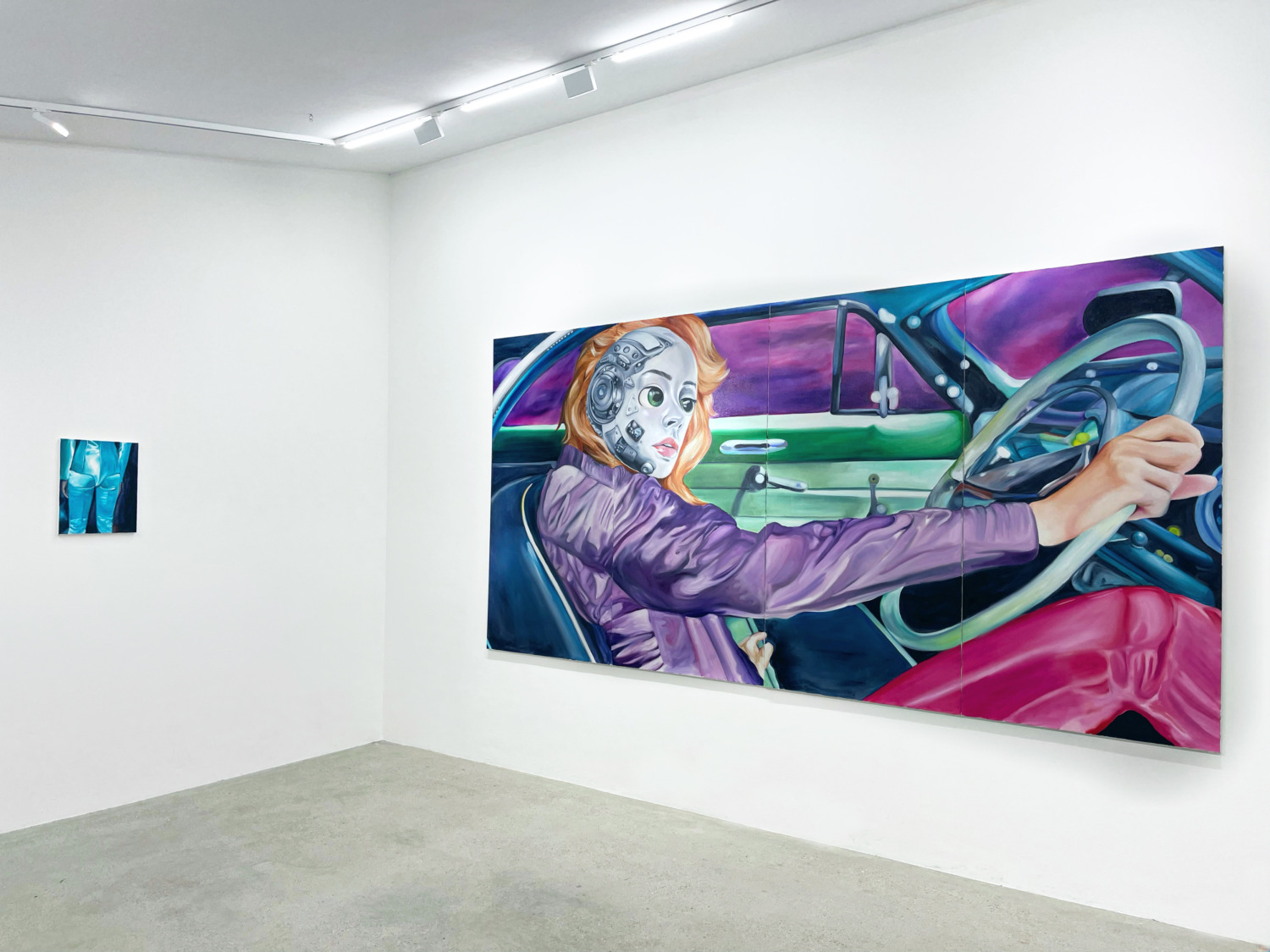 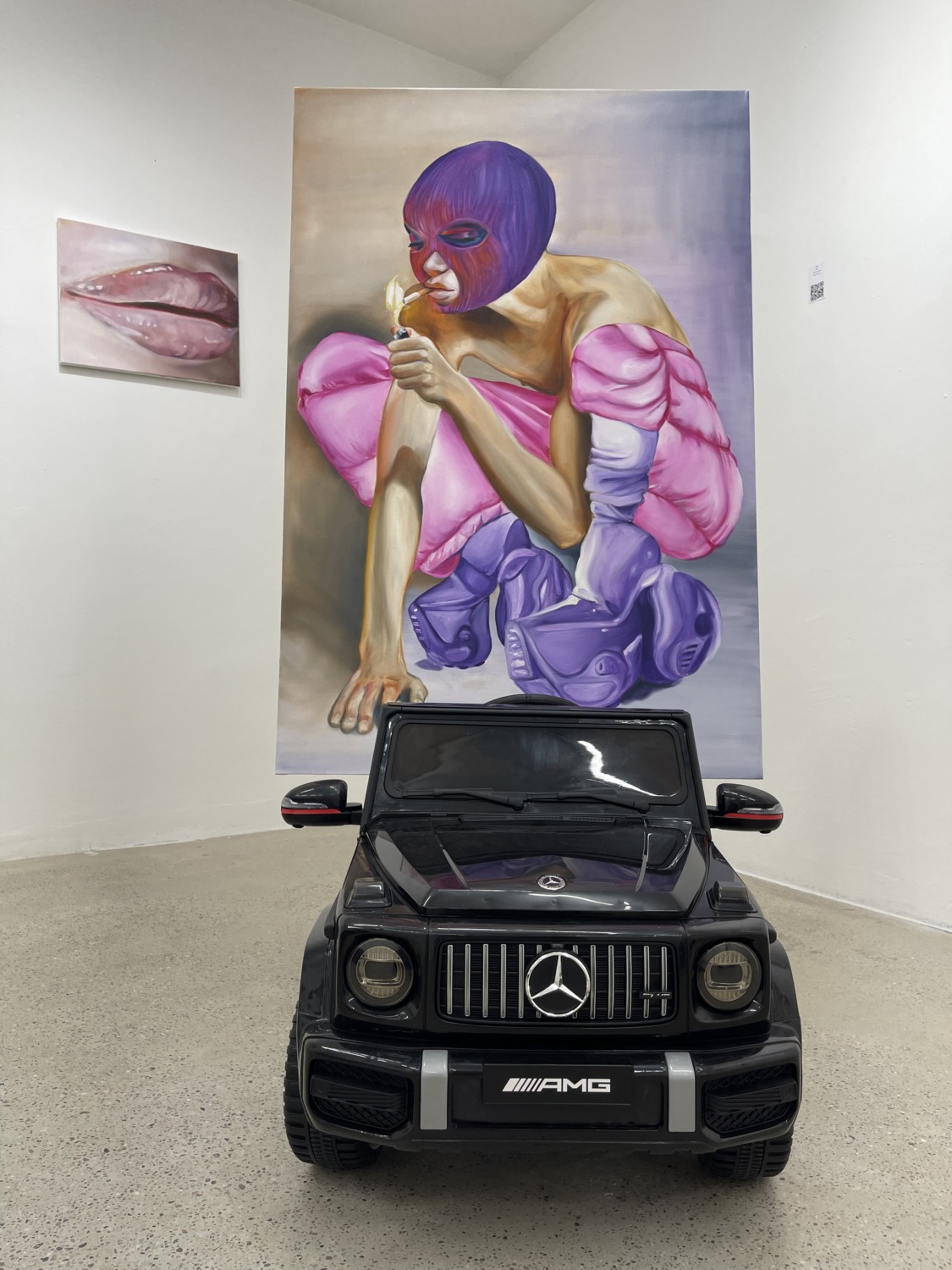 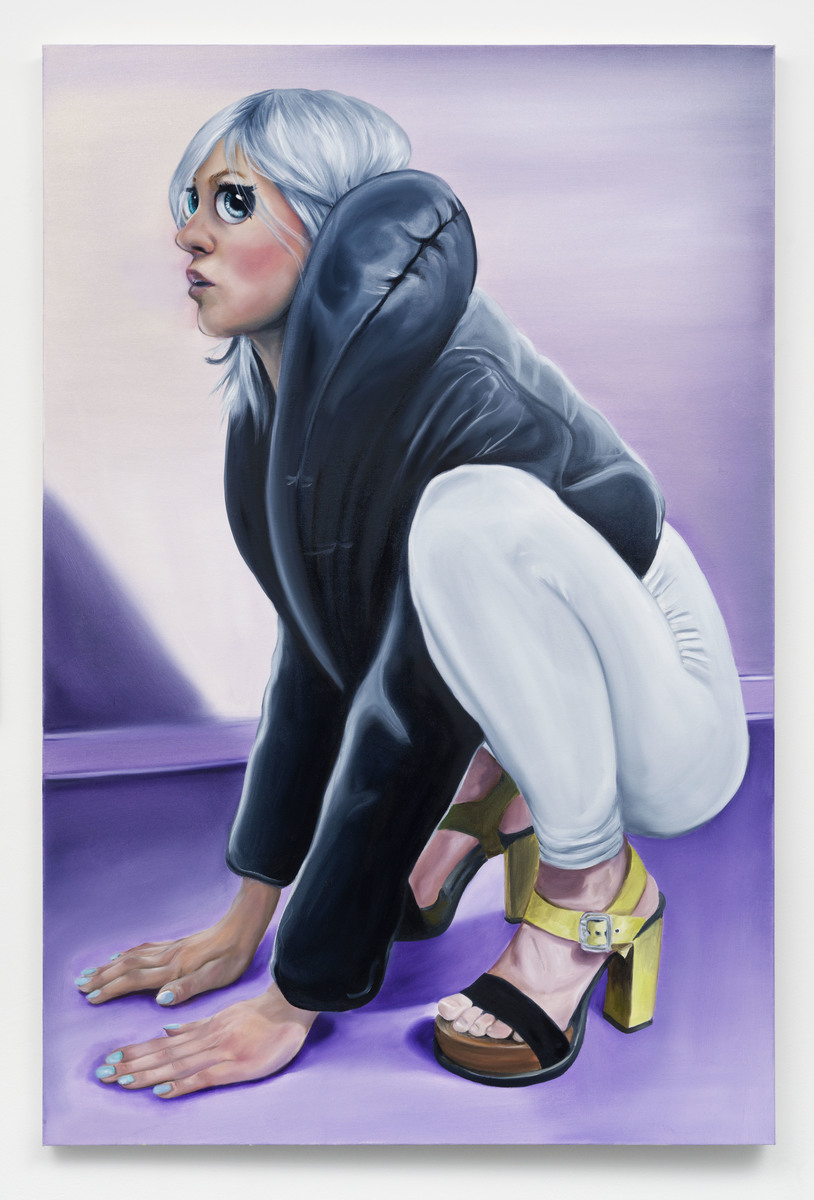 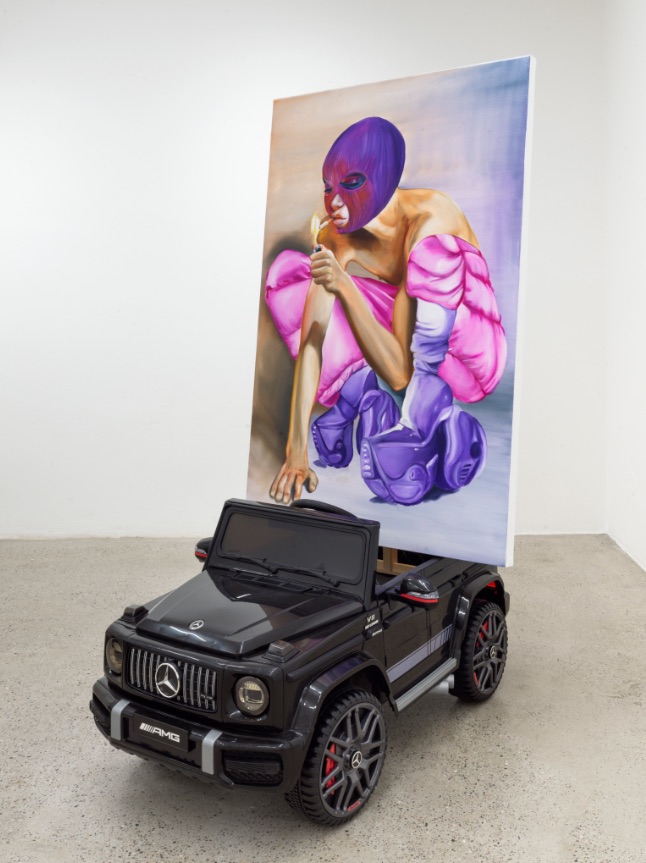 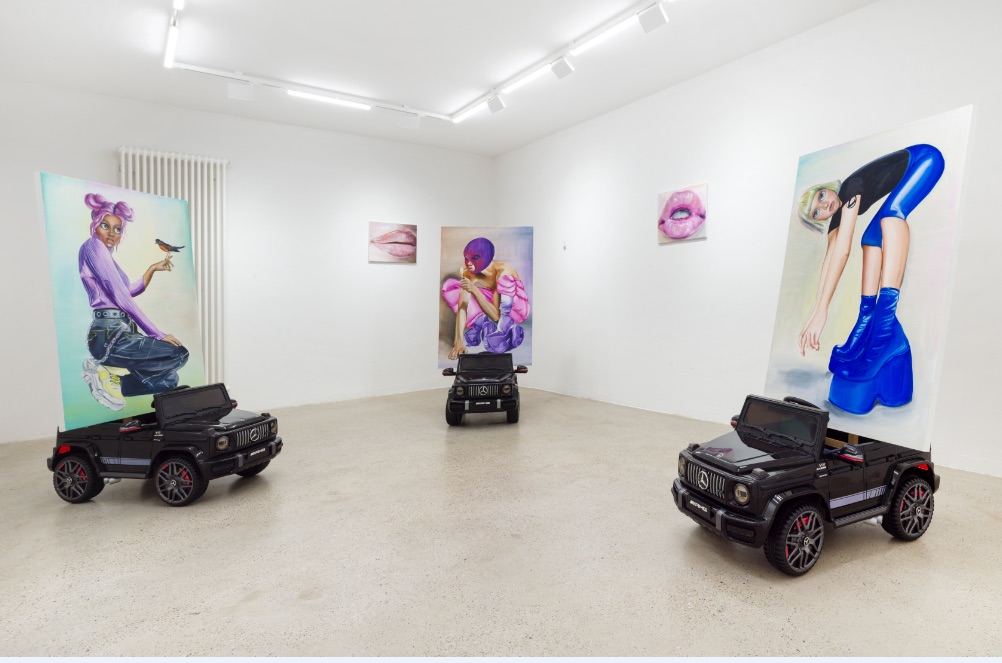 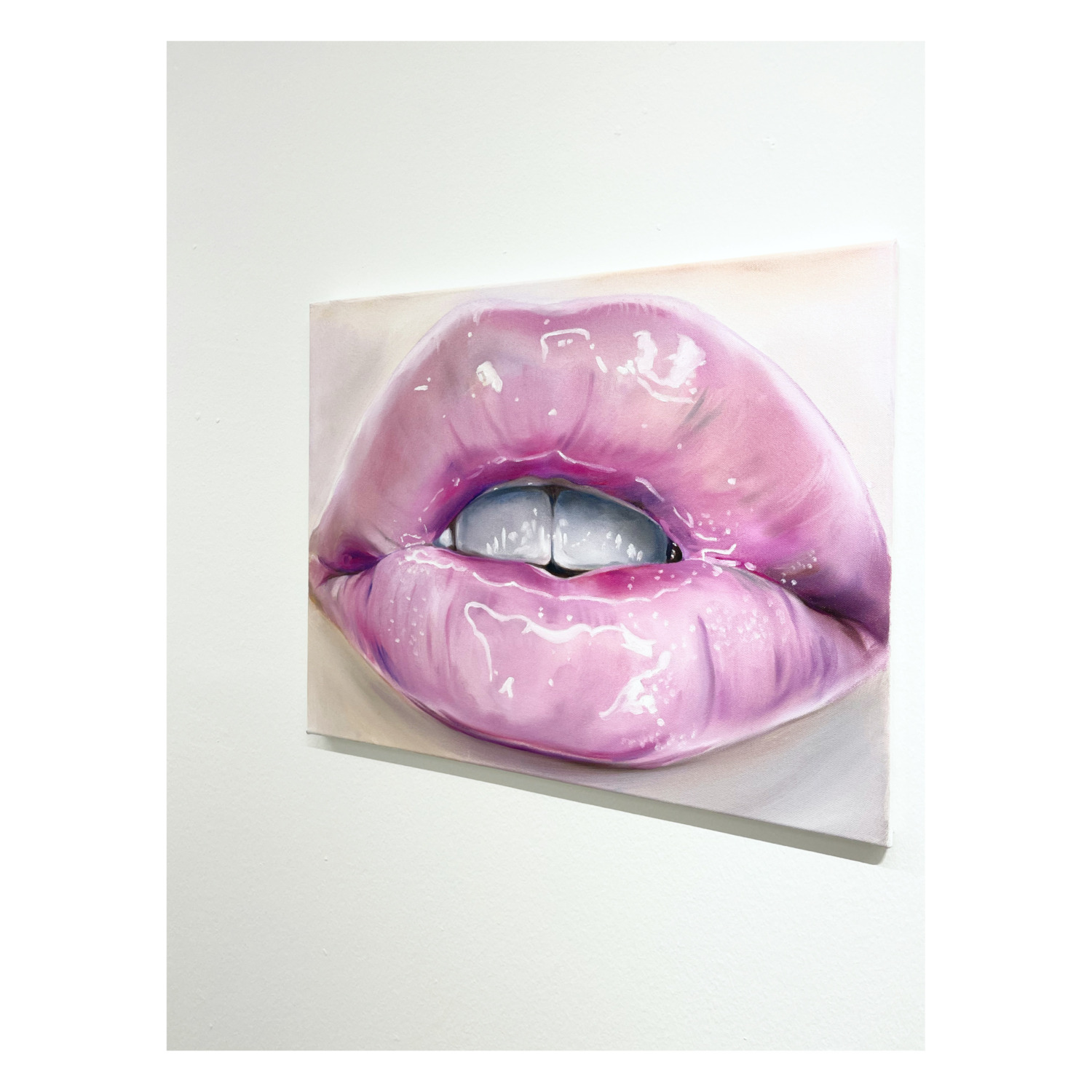 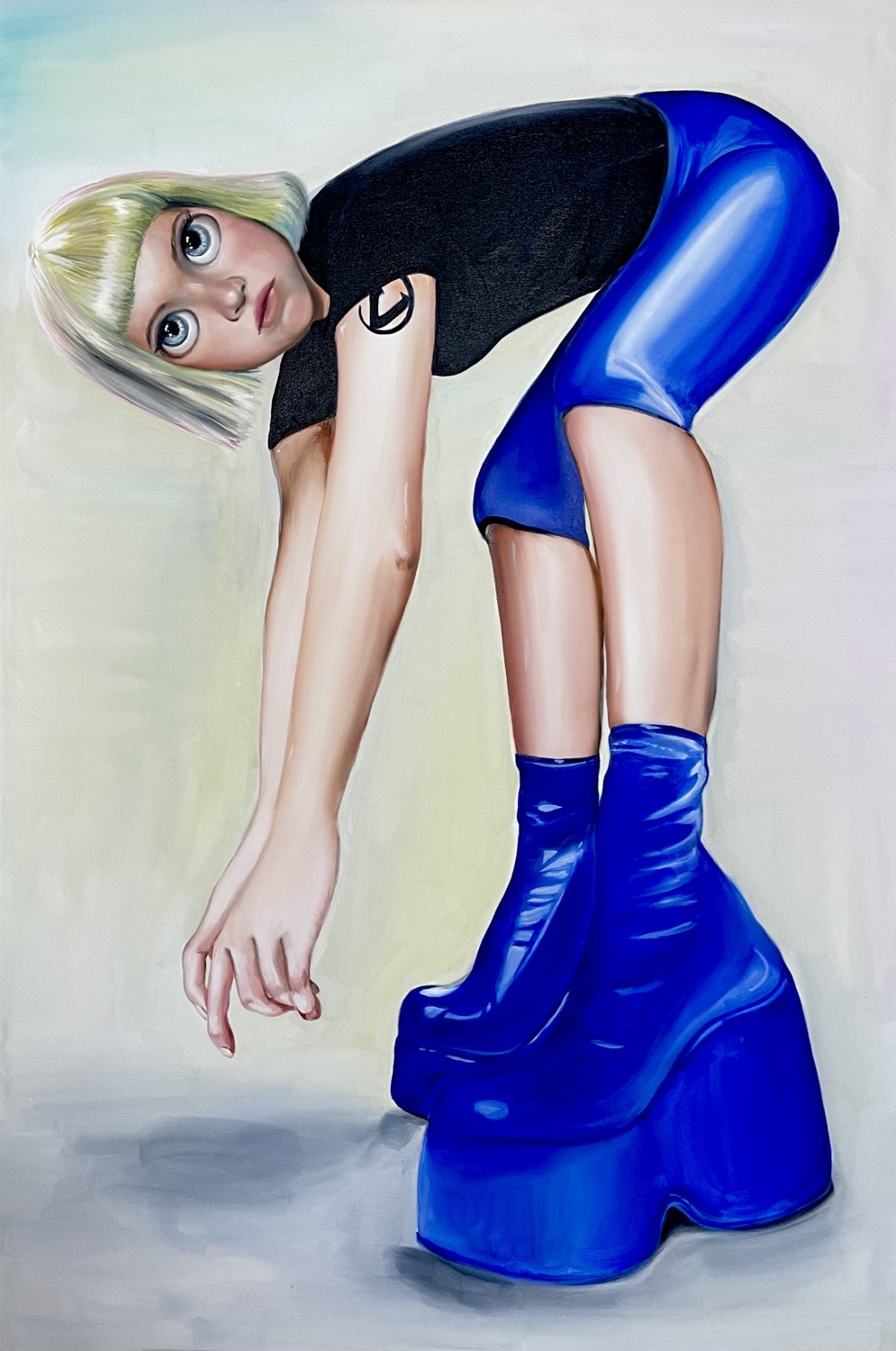 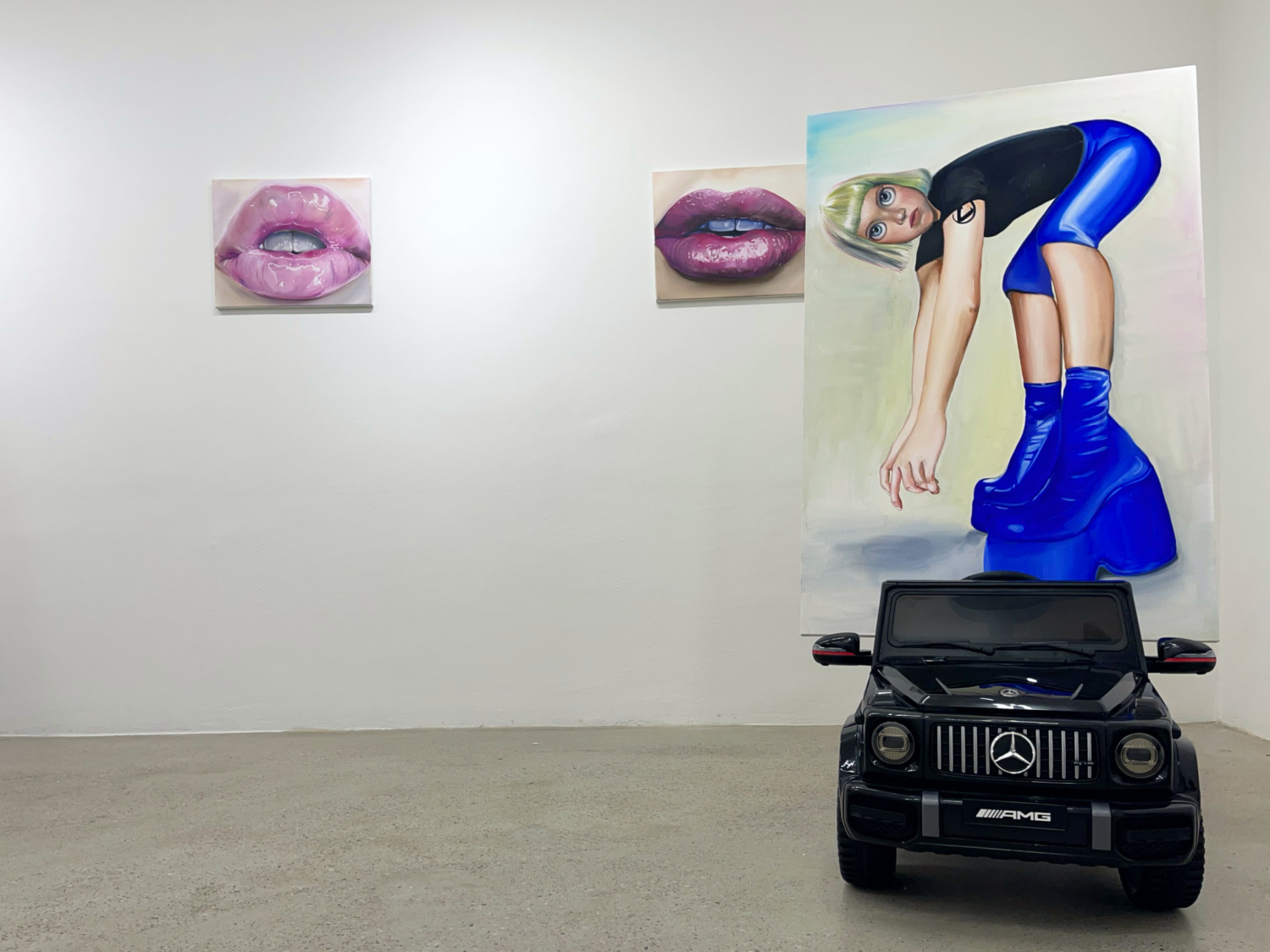 The image of the automobile has long been a site for unconscious human desire. Sexuality, luxury and danger are combined with more utilitarian promises, like motion and freedom. In her first solo show at Smac, Charlie Stein presents an insight into her world: in which female robots look disenchantedly at their observers, they hijack cars, or they simply hang out with other robots. However they are positioned between different junctures and fault lines in contemporary culture.

The largest of the works – the 4m by 2m “Ride (Unimate Automaton)” – shows a female robot driving a car. Suggestive of a Berlin subcultural style, the broader idea of fetish is integral. Given cars’ associations, inseparable from gender, the image of a female robot in control of a car is both arresting and unexpected.

‘Unimate’ refers to the first industrial robot, built for the General Motors assembly line, in New Jersey in 1961. Drawing from a long history of humans creating lifelike automatons, for amusement or wonder, these machines quickly took on other forms, such as animals or humans.

Throughout the show, pivotal markers of progress and technology reappear. Here we see an androgynous figure with a cigarette lighter, perhaps referencing the idea of domesticized nature (a fire inside an apparatus). Elsewhere, a mechanical bird is held by one of the Unimates (a reference to Disney’s Mary Poppins, whose mechanical bird was the first major appearance of an automaton on screen).

As endearing as these robots are, power, speed, computation and evolutionary potential make them more than sentient toys or assistants. Here they are not simple servants, but closer to the image of a dangerous slave.

Escaping slavery has always been risky and excruciatingly perilous. Many more failed freedom attempts took place than successful ones, and the number of successful slave uprisings are few. Usually it was wiser to preserve oneself, and endure. Stein’s robots play with such ideas, of both endearing themselves to us, and also depicted in the moment of a wild and desperate escape. Like animals, their large eyes help in both of these objectives.

The ideas of speed and motion are consistent throughout the exhibition. Children’s SUVs are used to support some of the larger oil paintings. A harmless version of our real-life, hedonistic lifestyles, these toys are ready to be used by our male offspring – would-be princes or future oligarchs. Their glossy, shiny surfaces lure the viewer into a world of promises, free of consequences.

Painting, and the art world generally, are likewise sites where physical motion and unconscious desires co-inhabit. Jets and art fair limos transport gallerists and buyers, while the physical objects are delivered by overall-wearing workers with trucks. Gender, power, strength and luxury are omnipresent issues throughout.

While these works are positioned within such tension points, their moments are a snapshot of contemporary repose and glamour. Not only are Stein’s works in motion, we are not sure exactly where they will travel and arrive.