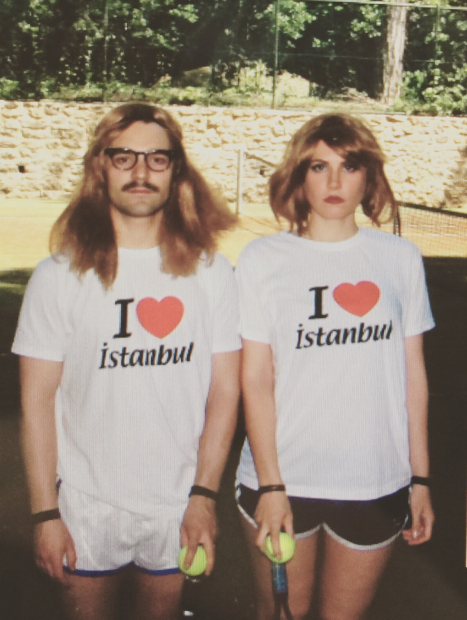 Horst & Maria are two fictional characters, created by Christian Jankowski and 27 other artists based in Germany, as part of an artist in residency program in Istanbul. The duo always wears blonde wigs and matching outfits. Only their names and haircuts indicate a difference in gender.

During their six-month stay at the Tarabya Cultural Academy in Istanbul, Horst & Maria have sequentially been “inhabited” by all 28 artists. Together they recorded their individual experiences through a series of photographs and a shared diary. The 568-page book published by Walther König represents Horst & Maria’s time in Turkey across three different languages – German, Turkish and English. It was presented at the library/exhibition titled “House of Wisdom” curated by Collective Çukurcuma as part of the public program of the 15th Istanbul Biennial. The publication of the book was celebrated by a series of Horst & Maria performances.