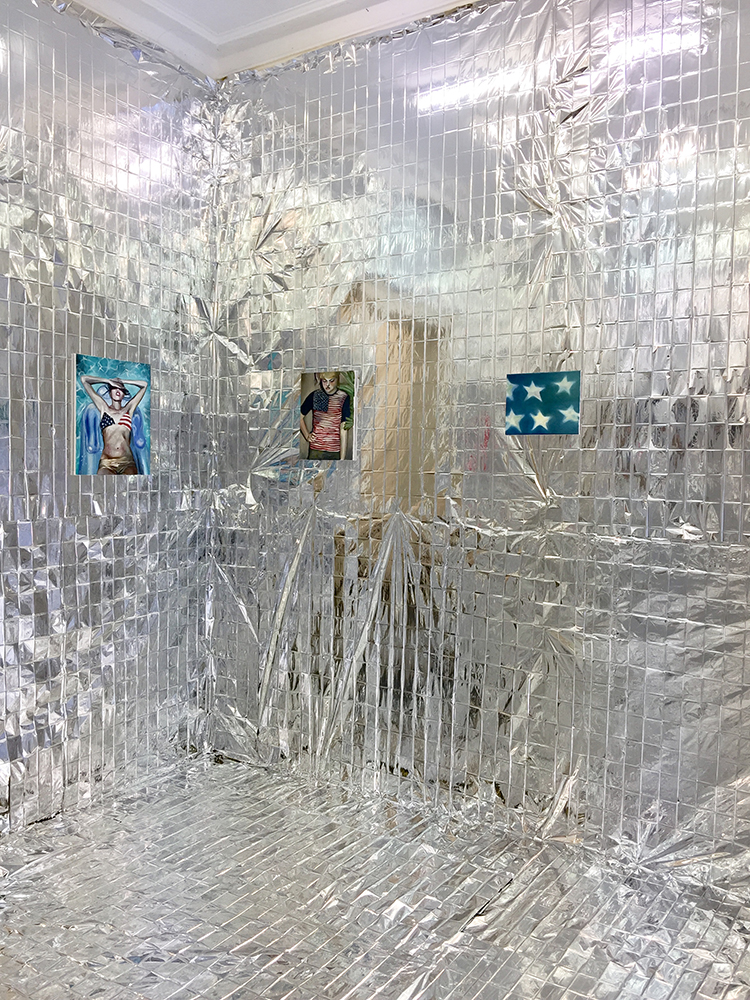 Amerika marks a new body of work by artist Charlie Stein, and is a complex and historical response to today’s fluid nature of self-identity. Her paintings hung in a silver environment, and french fry sculpture, both revel in, and interrogate, the constructed nature of iconic American flag imagery.

Drawn from a variety of photographic sources, Stein’s painting subjects are individuals wearing the American flag for divergent purposes. Music stars, European models, nationalists, and high school students on summer break are hung with equal status, in dialogue with one another. Often subtly desaturated, both wearer and flag have a kind of historical distance. These familiar images in their newly unstrident form manage to invoke a sense of subtle anxiety.

In Grey American Flag (1960), Jasper Johns drained the American flag of color, revealing both its status as formal object, and the inherent flatness of the picture plane. Andy Warhol would later reduce American icons, in work such as Double Elvis (1963), into similarly flat visual surfaces. The uses of a flag are usually at odds with subtlety. What does it mean when such a symbol, attached to one’s personal identity, is drained of its power?

As a German artist, Stein presents us with a unique take on the type of resurgent nationalism that is seen across the world today. The artist spent time at a high school in America, and she has maintained important artistic connections with New York throughout her career. Stein is not alone with these types of personal connections – America during the 1980s was an important cultural reference point for many Germans. And whilst America’s strident display of patriotism may seem foreign to a post-war European audience, it has the complex additional readings of nostalgia and personal autobiography.

Within the United States today, patriotic symbols have been given a similarly complex and contradictory status. One particular example is the protest method chosen by NFL players led by Colin Kaepernick of kneeling during the national anthem, to protest police brutality. This simple act grew out of an interplay of contrasting codes, drawn equally from civil rights movements and military protocol (kneeling by soldier’s graves has a long military tradition).

Nations are apparently ‘made great again’, as these same nationalist movements lead countries to withdraw from supranational decision making bodies, trade, and global influence. The nation state too has rarely been less able to restrain the power of corporations – whose profits now rival whole countries’ GDPs. It seems appropriate then that we are presented with paintings where the US flag is both everywhere and at the same time muted.

A once symbol of confident forward movement is necessarily looking backwards.By cladding the space in silver blankets, constructing geometric arrangements of giant french fries,
and in her exhibition title Amerika, we might also look back to Joseph Beuys, and in particular to his interest in materials that allow a ready transfer of heat. Born in the same year that Beuys died (1986) Stein is both generationally distant and aware of these readings. For Beuys, in works such as Fat Chair (1964) and Unschlitt (1977), fat’s ability to change from solid to liquid when heated was a positive image for potential societal and personal transformation.

Potatoes have been an important crop for Germany, their introduction into Europe resulted in a dramatic rise in population.

Fat also is a vital resource, and is used by the brain to make new connections. Within Amerika we see french fries as a perverse synthesis of potato and fat. This is the era of obesity in humans, and of ‘fatbergs’ from old frying fat poured into the sewers, which clog the drainage systems of large cities like a subterranean arterio sclerosis.

In contrast, the silver walls in Amerika reminds one of Warhol’s silver foil clad factory – a venue for the artistic production of important cultural icons in the sixties. Stein’s version, constructed out of safety blankets, are made to retain heat in emergencies. Acting as both as mirror and as decor, these rooms represent a crisis of transformation – an informed gaze looking at once familiar visual codes, at a time when the world has lost their commonly shared meanings. 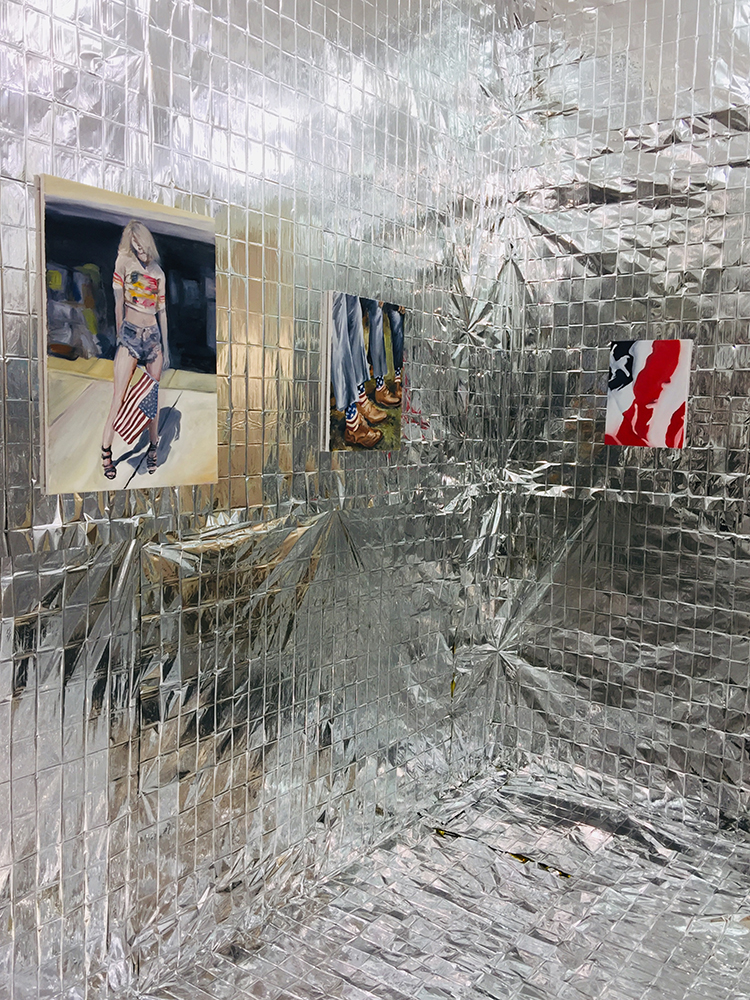 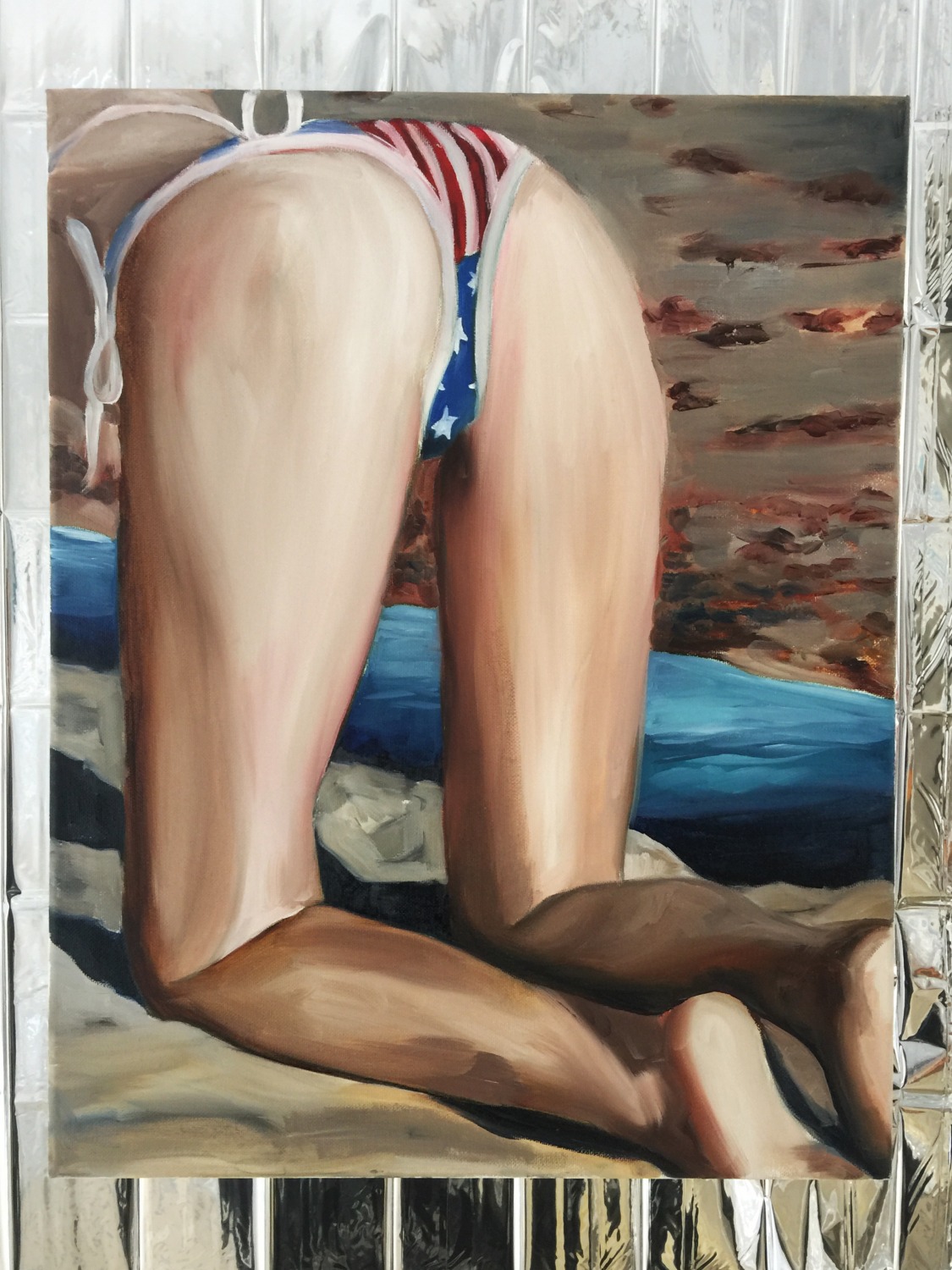 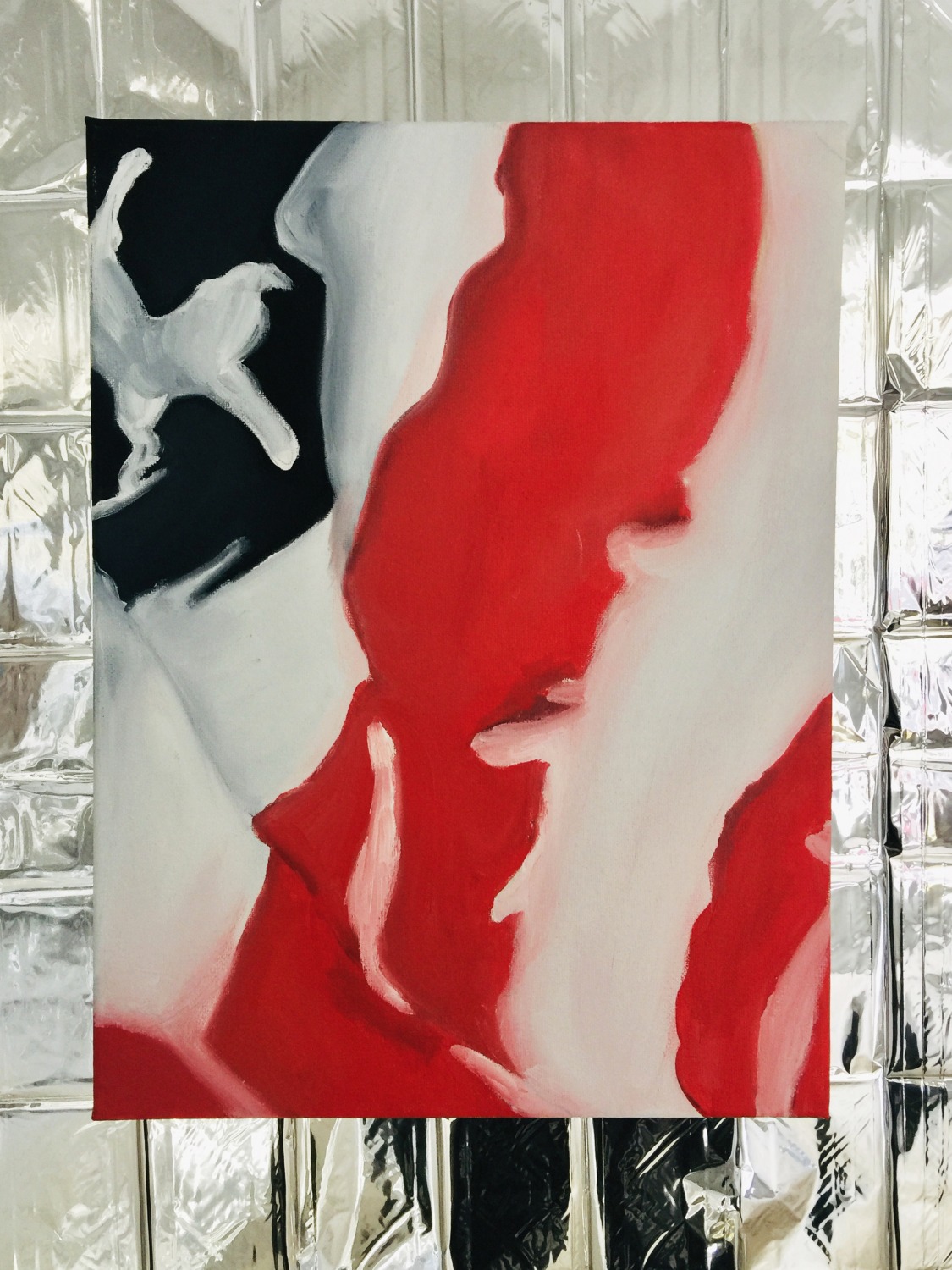 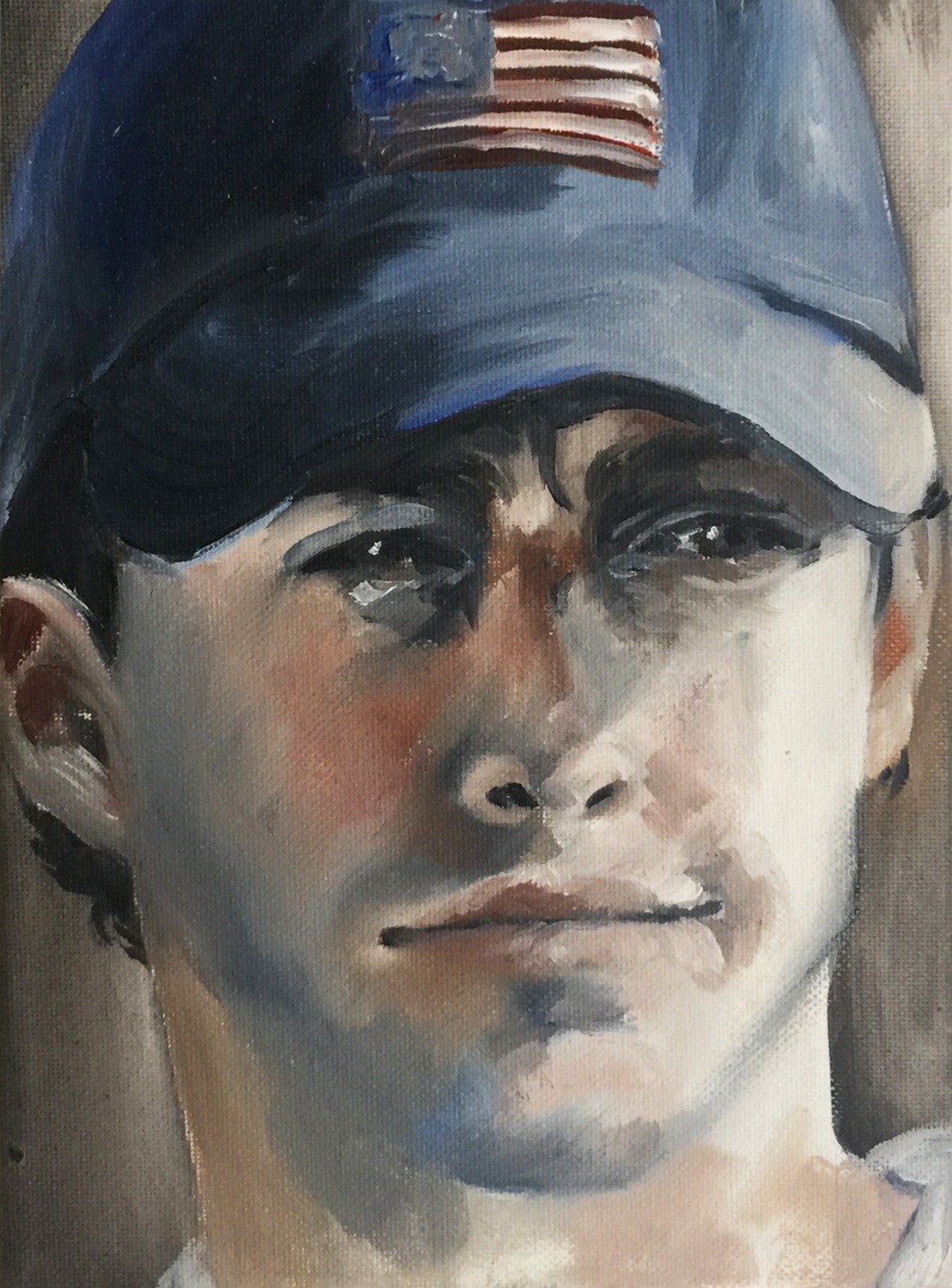 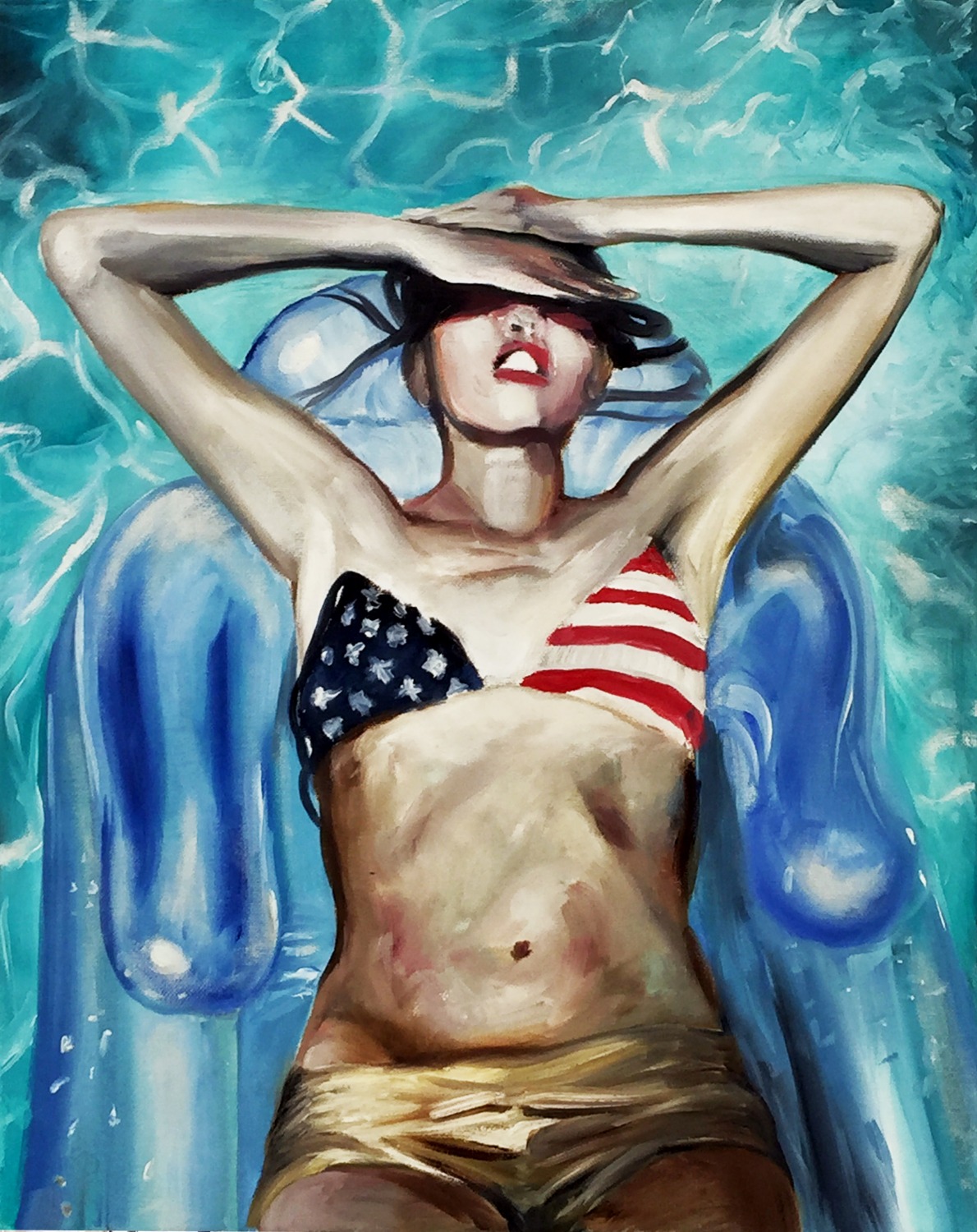 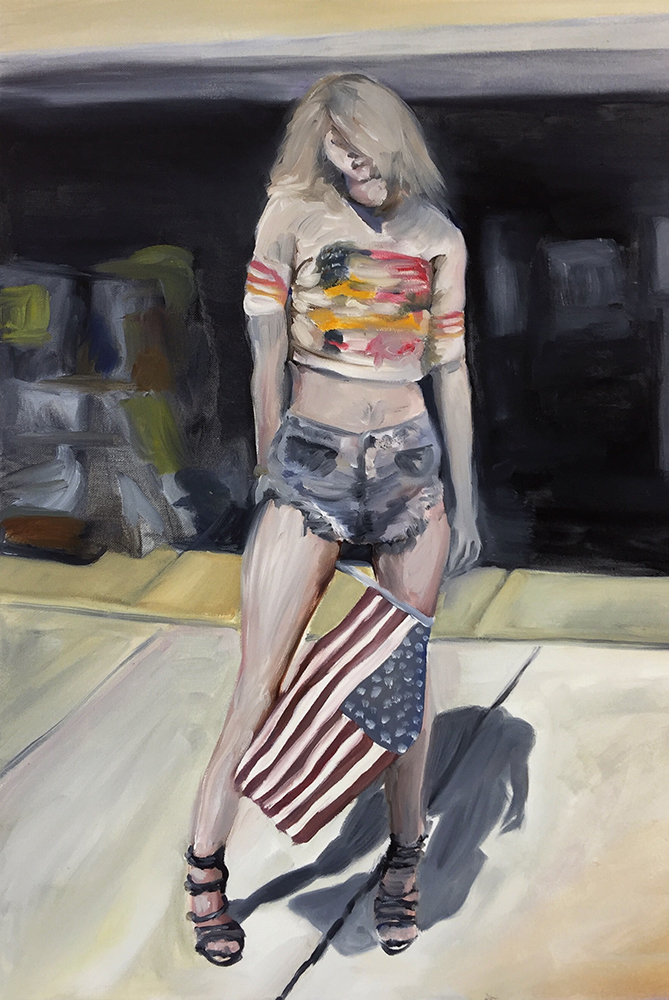 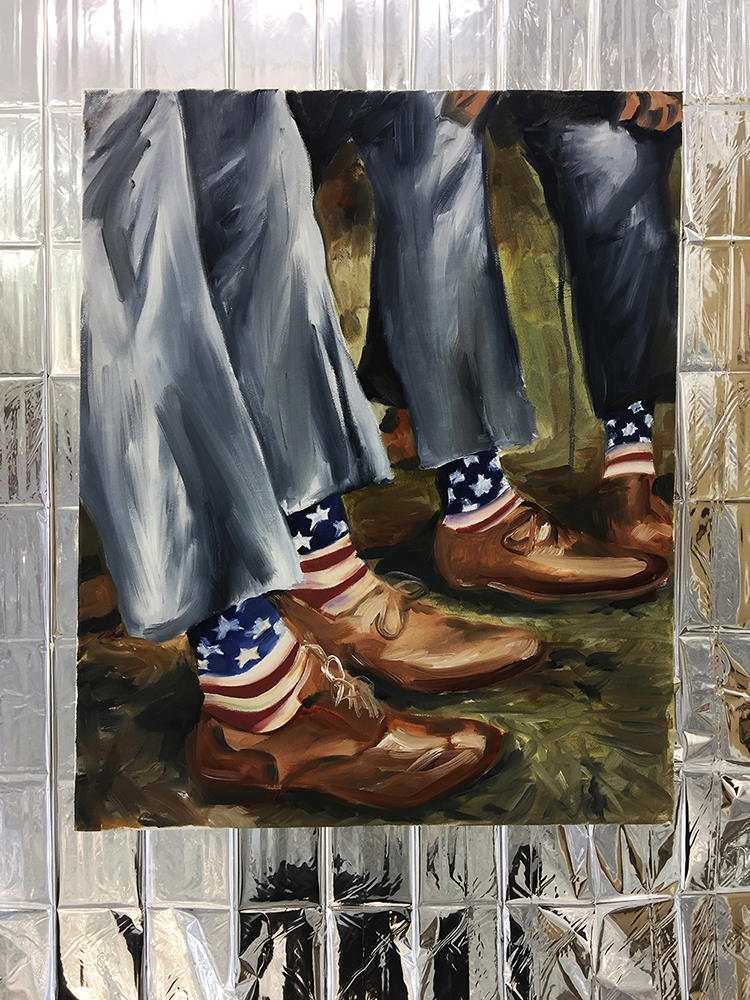 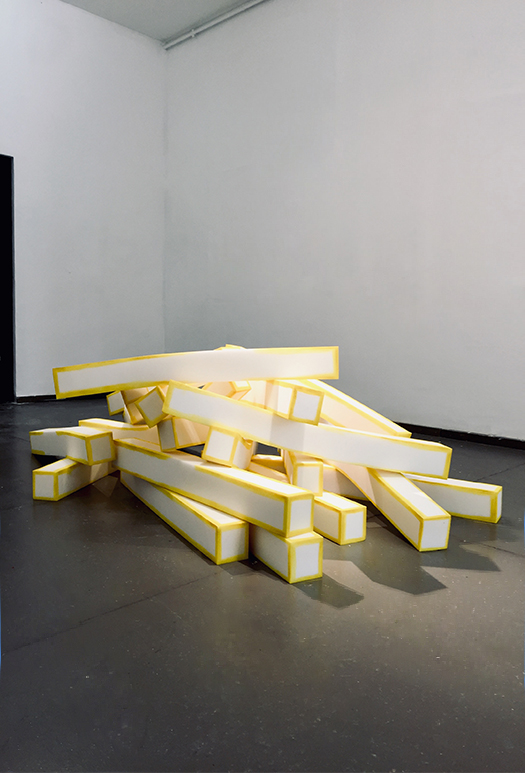 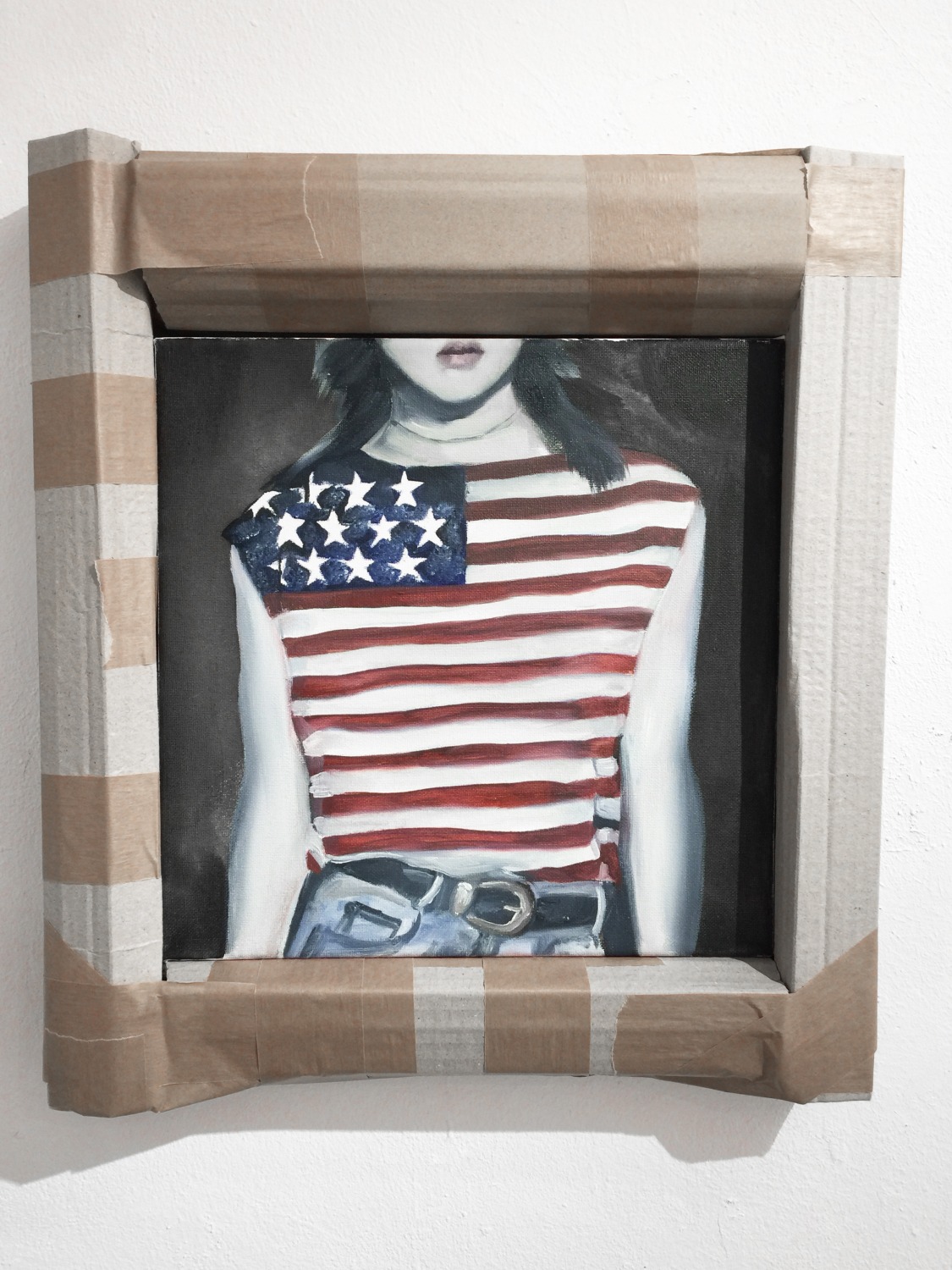 American Flag (Half a Model) 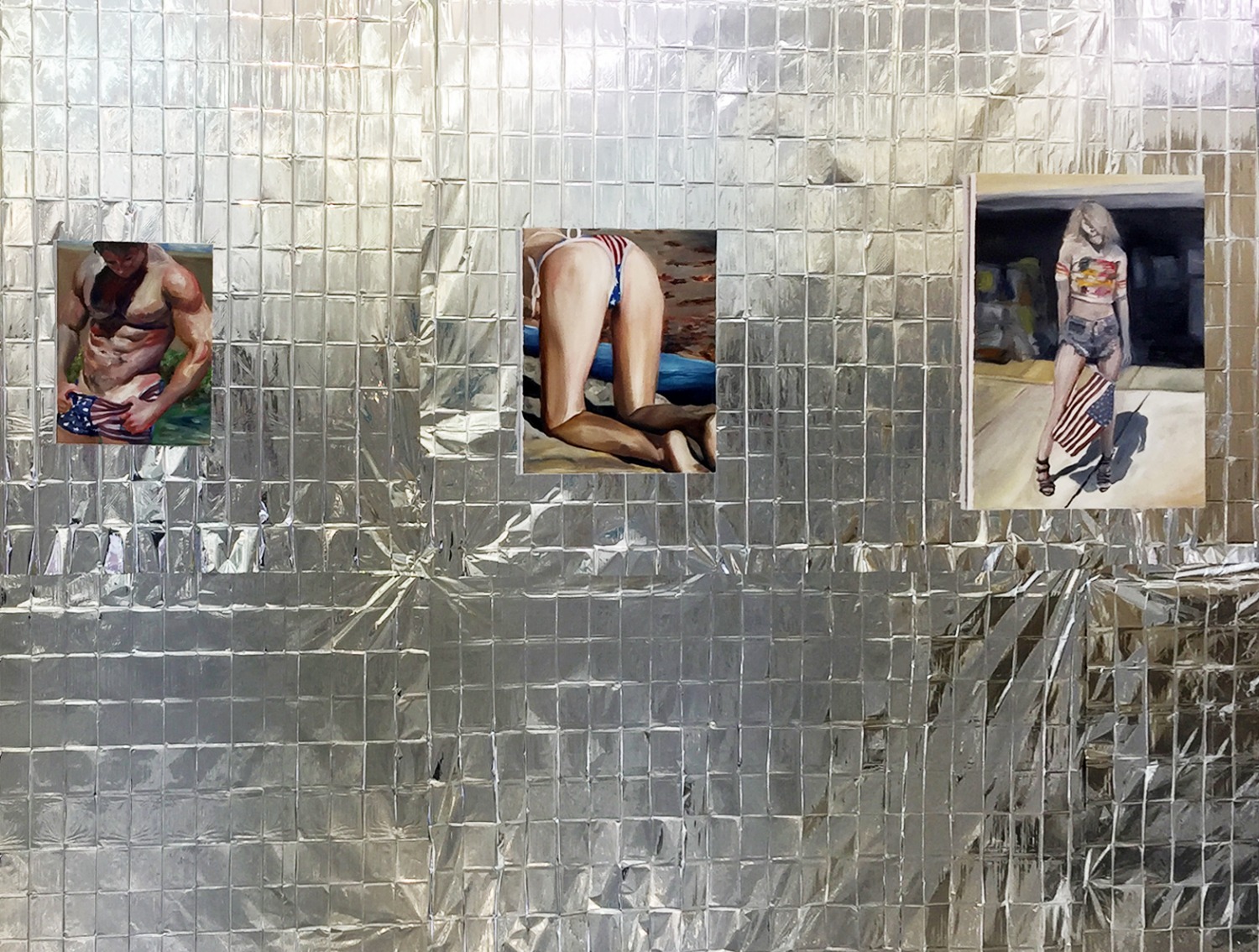